Why does COP 27 need to ramp up phasing out of fossil fuels? 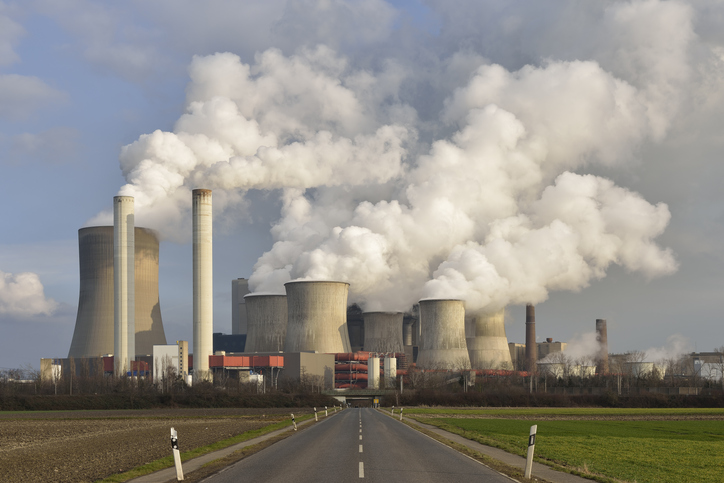 World leaders at November’s UN climate summit in Egypt will be under pressure this year to commit to collectively phase out the use of fossil fuels – and finance a just transition for developing countries in need of access to affordable, reliable energy sources.

Countries took an important step at last year’s summit, COP26 in Glasgow, when they committed for the first time to phase down the use of unabated coal-fired power and inefficient fossil fuels subsidies. But the promise falls short of what the science says is needed to reach net zero emissions by 2050 – an immediate end to investments in new fossil fuel supplies and coal mining, the International Energy Agency said in 2021.

Taking place in Sharm El-Sheikh from 6-18 November, COP27 will shed light on the need to accelerate the reduction of fossil fuel use while ramping up a just, sustainable development in poorer countries around the world.

Here’s what you need to know about how COP27 can ramp up the phase out of oil, gas and coal and help African and other developing countries leapfrog the fossil fuel era.

What is the South Africa just transition deal, how is it proceeding, and can it be replicated elsewhere?

The South African Just Energy Transition Partnership was the first of this new model of support for climate action.

The Just Energy Transition Partnership between South Africa, France, Germany, the UK, US and European Union aims at mobilising an initial commitment of US$8.5 billion  to help South Africa close coal fired power plants ahead of schedule and boost clean power thus abating 1.5 gigatonnes of emissions over the next 20 years.

The success of the partnership will ultimately depend on the transformational energy reforms that the South African government must enact in order to amplify public and private finance, according to the Atlantic Council.

Its initial finance is paltry compared to the US$27 billion needed by state energy company Eskom to kickstart the shift from coal-fired power – and the US$250 billion the country is estimated to need over the next three decades to expand clean energy infrastructure in line with the UN’s Sustainable Development Goals, it said. But the reforms, such as the liberalisation of South Africa’s electricity market, have the power to elevate the partnership from a one-time injection of infrastructure funding to a sustainable pipeline for private sector investment.

Why isn’t gas considered a clean energy source? What are the dangers?

Natural gas has long been promoted by the fossil fuels industry as the cleaner energy alternative, and a necessary bridge to actual clean energy sources. But it is also a fossil fuel, and it emits carbon dioxide as well as methane, a potent greenhouse gas. In the US, methane leaks alone have been found to double the climate impact of gas production.

The need to immediately phase out all new fossil fuel investments in order to reach net zero emissions by 2050, while supporting economic development in poorer countries, is fuelling a debate over the extent to which African countries should be able to tap into their gas reserves for exports and domestic energy.

African countries are more aware than any other region of the disasters and dangers fuelled by climate change and the urgent need to cut emissions. A detailed supply chain assessment in 2019 concluded that electricity produced from gas could have comparable or worse greenhouse gas emissions than that produced from coal when analysed on a 20-year basis. Gas development will contribute to significant increases in greenhouse gas emissions, worsening the climate crisis that is threatening African communities

The UN Sustainable Development for All initiative has recognised decentralised renewable energy as the “fastest and cheapest source of energy” to provide access to energy where it’s lacking in developing countries. The problem, it said, is that renewables aren’t attracting the serious money needed to grow sufficiently.

What are some of the positive initiatives taking place around the world?

Options already exist across all sectors to at least halve global emissions between 2020 and 2030, in line with limiting global warming to 1.5 degrees Celsius, according to the UN’s Intergovernmental Panel on Climate Change (IPCC).

That is especially true in energy, where the cost of solar and wind energy and batteries has dropped by as much as 85% since 2010 and new policies and laws have enhanced energy efficiency and accelerated the deployment of renewables, the IPCC noted. Stemming climate change requires widespread electrification, and improved energy efficiency. Ambitious goals and innovative new projects demonstrate the change that could be possible, but it needs to be massively scaled up and accelerated.

China, for example, could meet its goal to have 1,200 gigawatts of renewables in place by 2030 at least five years early, if local governments meet their goals, according to Bloomberg. Development plans from 22 out of China’s 34 regional governments aim to add 600 GW of renewable capacity combined between 2021 and 2025. That’s more than double the 535 GW of wind and solar capacity installed as of 2020.

India, meanwhile, is on track to beat its commitment made at the 2015 Paris climate summit to nine years early, already boosting non-fossil fuel power sources to 40% of the mix, the International Energy Agency said in January. The country’s renewable electricity capacity is growing at a faster rate than in any other major economy, with additions on track to double by 2026, it said.