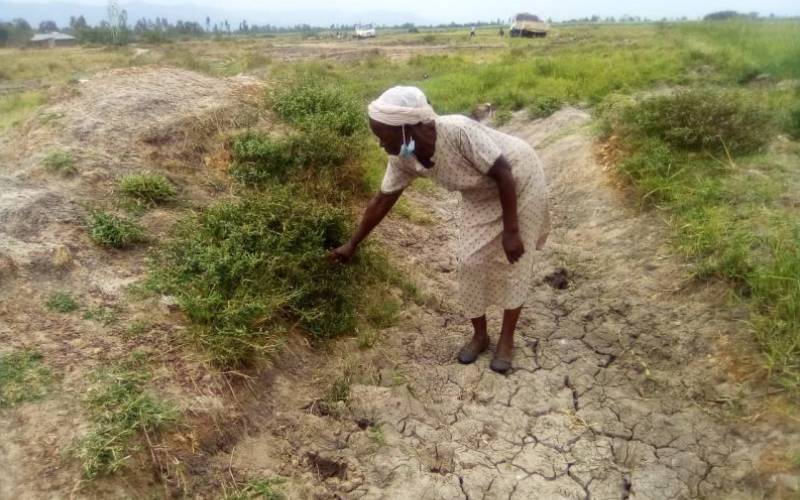 Category : Power Shift in the News | tags: The Standard

The impact of climate change is getting worse and time is of essence for action, a new report by African think-tank, Power Shift Africa warns.

With the Intergovernmental Panel on Climate Change publishing its Working Group II report today highlighting the world’s adaptation needs, the new report, reveals the true scale of the problem that some African countries are already facing.

...Commenting on the data, Mohamed Adow, Director of Power Shift Africa, said: “This report shows the deep injustice of the climate emergency.  Some of the poorest countries in the world are having to use scarce resources to adapt to a crisis not of their making.”

Africa he noted, despite only having tiny carbon footprints compared to those of the rich world, are suffering from droughts, storms and floods which are putting already stretched public finances under strain and limiting their ability to tackle other problems.

“We are facing an adaptation crisis and it is vital that countries heed these warnings and do much more to provide the finance needed to tackle these adaptation needs.  It is simply not acceptable for the costs to fall on those people who are suffering the most while contributing the least to climate change.

“This year’s COP27 climate summit will be on African soil, in Egypt.  This needs to be the ‘Adaptation COP’ and address the historic imbalance which has seen adaptation neglected for far too long.

“We need to see massive levels of new funding committed at COP27 as well as a fund set up to deal with the permanent loss and damage caused by climate change.”