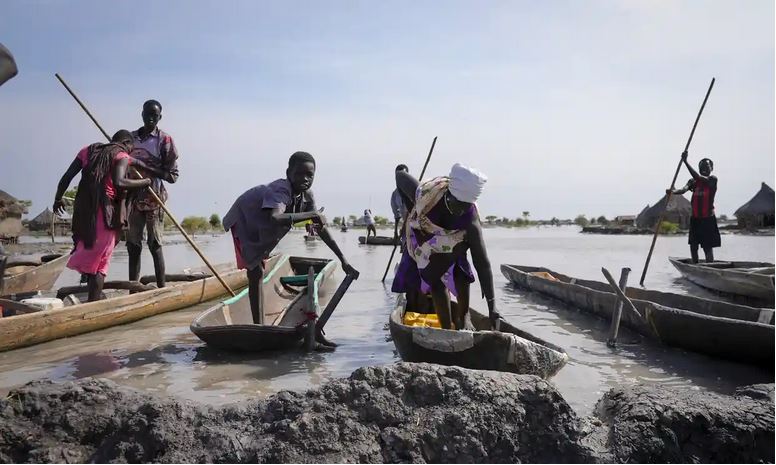 African countries are being forced to spend billions of dollars a year coping with the effects of the climate crisis, which is diverting potential investment from schools and hospitals and threatens to drive countries into ever deeper poverty.

Dealing with extreme weather is costing close to 6% of GDP in Ethiopia alone, equating to a spend of more than $1 repairing climate damage for every $20 of national income, according to research by the thinktank Power Shift Africa.

...Mohamed Adow, director of Power Shift Africa, said: “This report shows the deep injustice of the climate emergency. Some of the poorest countries in the world are having to use scarce resources to adapt to a crisis not of their making. Despite only having tiny carbon footprints compared with those of the rich world, these African countries are suffering from droughts, storms and floods which are putting already stretched public finances under strain and limiting their ability to tackle other problems.”

He called for more funding from developed countries, which promised at the COP26 UN climate summit to double the money available to help poor countries adapt to the climate crisis.

Rich countries promised in 2009 to provide $100bn a year to help poor countries cut their greenhouse gas emissions and cope with the effects of climate breakdown. But so far they have fallen short of that target, and most of the funds that have been provided have gone to projects to cut emissions, such as windfarms and solar panels, rather than efforts to help countries adapt.