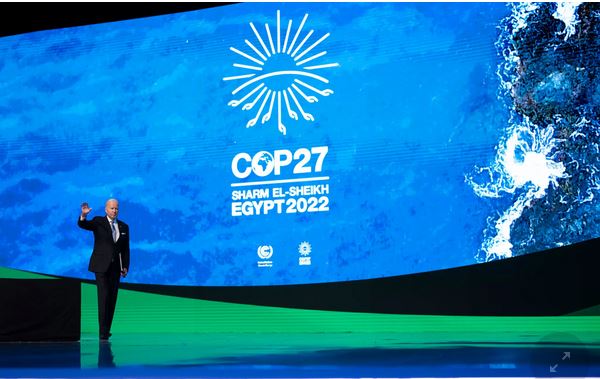 Congress has proposed $1 billion to help poor countries cope with climate change, a figure that falls significantly short of President Biden’s promise that the United States will spend $11.4 billion annually by 2024 to ensure developing nations can transition to clean energy and adapt to a warming planet.

The money is part of a sprawling $1.7 trillion government spending package that lawmakers made public early Tuesday and are expected to vote on this week.

...“The U.S. is the world’s largest historical emitter, and on a per-capita basis the U.S. remains one of the biggest carbon polluters,” said Mohamed Adow, the founder and director of Power Shift Africa, a group that aims to mobilize climate action across the continent. He called the U.S. funding levels “hugely disappointing” and said they showed a disregard for the United Nations climate body that established by global consensus ways to help poor nations.

“The U.S. has promised much in terms of climate finance over the years but it’s failed to deliver on many of these promises,” Mr. Adow said.